In 2014, a New York state judge allowed model Avril Nolan to pursue her $450,000 lawsuit against Getty Images. Nolan, a healthy young woman, experienced extreme distress after being depicted as HIV-positive in an ad run by the New York State Division of Human Rights. While Getty motioned to have the case dismissed under the First Amendment, Nolan prevailed on the basis that the stock photo giant had not attained a model release from her.

For large companies like Getty Images, situations like the one above come with the territory, and they have the resources to handle them. But as an independent photographer, it’s important for you to understand that a single, seemingly harmless mistake with legal repercussions can severely damage your career, reputation and personal finances for the rest of your life.

The Plain and Simple Importance of a Model Release

If you’re publishing and/or selling photos of people, a model release (sometimes referred to as a liability waiver) is your shield in case a subject later tries to sue you for using their image. The model release is a standard legal document that every commercial photographer lives by; it looks something like this.

As with any paperwork, model releases become clutter in your office or studio. They’re easy to lose track of, and you can guess how much traction a phantom model release has in the case of a lawsuit. Unfortunately, “I had one somewhere” won’t cut it.

Attach a Model Release to Images on Your Website

Meet the Model Release extension for our Sell Media WordPress plugin. Our all-in-one package for selling your photos online now includes integrated document management. Using Model Release for Sell Media, you can attach waiver documents to photos on your website for safe keeping and future reference. Your customers will also gain peace of mind when they see a check mark confirming that the image is permissible.

Ready to manage your model releases more efficiently? Sign up for our Professional Plan and download the Model Release extension for Sell Media today. 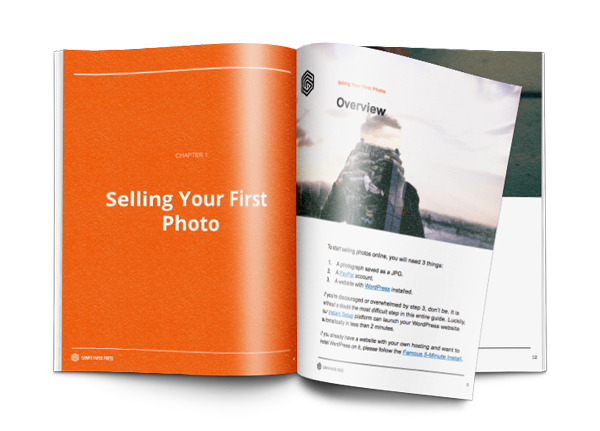 Get the Ultimate Guide
to Starting Your Own Independent
Online Photography Store, FREE!